Wilmslow Station sits south of Manchester Piccadilly and is situated on the Crewe to Manchester line. As well as providing access to and from Manchester City Centre, the station also provides transport to Manchester Airport. The station has been selected to become one of nine stations included in Northern Trains’ inclusive Hubs scheme. The scheme initially aims to identify stations that may pose challenges to access and on the back of these findings initiate works to improve accessibility.

The client appointed Vextrix to provide Principal Designer Duties on this project in compliance with CDM Regulations. The aim of the project was to improve accessibility for people with reduced mobility and people with visual and hearing impairments. The team were appointed at the concept design stage and initially assisted the client during scoping visits. The team went on to provide an assessment of the facilities and guidance on prioritising accessibility improvements and safety concerns. The teams appointment at this early stage meant that when the D&B contractor was appointed, they were able to share information gathered at the scoping phase, supporting the contractor throughout the design stage with knowledge on the existing hazards and challenges.

Findings from the assessment highlighted a platform that posed areas of limited access and therefore the site lacked a sufficient accessible waiting room and toilet facilities. Although alternative facilities were located on the other platforms they were not comfortably reachable for users, due to a lengthy and challenging route and would be particularly challenging for users with reduced mobility. Alongside the client and the contracts administrator, the decision was made to introduce a new waiting facility and two new toilets to combat these challenges to access.

Working within the budget, the team advised the client to introduce an accessible toilet within a fully contained cubicle and another separate toilet. During the discussions the client engaged the services of our team in making the decision over the labelling of the non-accessible toilet. The team advised the client to label the toilet as gender neutral, allowing all members of the public to use the facility, leaving no difficult decisions for the user and meaning the design decision was inclusive for all.

To ensure all requirements were being fulfilled, the team also completed monthly Health and Safety inspections of the construction site.

Our team provided the client with a complete Principal Designer service as well as adding value to the project with their knowledge and experience of accessibility standards. The team were able to support the client throughout the project, not only with CDM regulations and construction safety but also advising on accessible standards from BS8300, to Department’s for Transport Approved Code of Practice for Design Standards for Accessible Railway Stations. 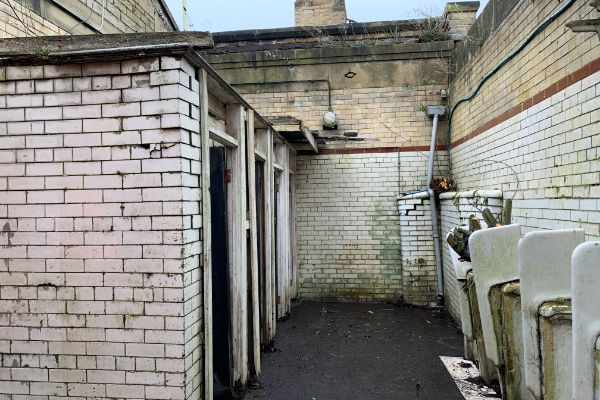